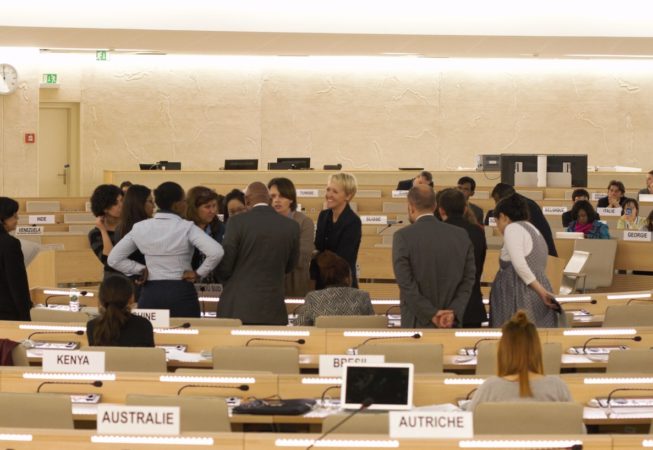 HOW?
The Intergovernmental Working Group on Transnational Corporations and Other Enterprises with regard to Human Rights, works with the purpose of developing a binding legal instrument that defends and ensures compliance with different ethical and moral frameworks by transnational corporations in all those aspects in which people and communities are affected.

This has opened the possibility of signing a joint declaration, both as an organization and as an individual, with the aim of maximizing support in the defense of Human Rights against the interests of large transnational corporations.

WHEN?
Collaborating with the “signature of the declaration” can be an immediate action, since the collection of signatures remains open at the corresponding site. The working group on transnational corporations will hold its next session between October 23 and 27, 2017 to initiate the negotiation of the contents and scope of the legal instrument.

HOW MANY?
The Global Alliance for a Binding Treaty seeks the greatest number of possible supports. Each signature counts on demonstrating to the different participating governments the rejection of the abuses committed by transnationals against the people and the planet.

WHY?
Abuses by transnational corporations include, inter alia, a continuing violation of the fundamental rights of individuals and communities, while at the same time endangering the balance of ecosystems. These harmful practices occur around the globe and grow progressively, since transnational corporations enjoy total impunity, availing themselves of the lack of a global legislative framework through which their activities can be regulated.