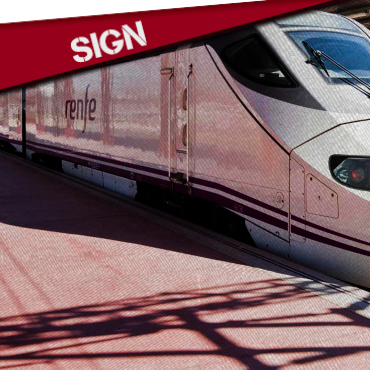 Sign for die campaign with the name “More trains to travel better” that seeks to pressure the Minister of Transport to increase the number of trains in circulation.

The campaign is launched by Greenpeace Spain.

The signature can be made through the Greenpeace website.

The campaign is aimed at the government of Spain, although it also mentions the rest of the EU Transport Ministers.

It can be signed from now on, with no specified end date.

It is expected to reach 50,000 signatures from its website.

The plane is up to 20 times more polluting than the electric train, nevertheless the government has systematically financed the airport boom. The train is the least polluting mode of transport but successive governments have allowed hundreds of towns to lose their train connections. Betting on the train is one of the best ways to fight against the climate emergency and against rural depopulation.