SIGN:AGAINST THE SALE OF ARMS FROM SPAIN 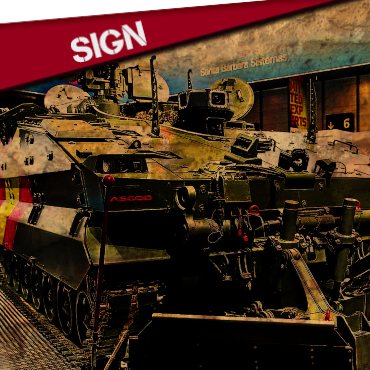 SIGN::AGAINST THE SALE OF ARMS FROM SPAIN

Campaign of signatures against the sale of arms to countries immersed in armed conflicts.

Save the Children launches this campaign in order to make pressure on the Spanish government not to continue supporting the sale of arms to countries that violate human rights in armed conflicts.

The signature can be made through the Save the Children website.

The Save the Children campaign focuses on the territories at war where children are victims of human rights violations (Syria, Yemen …) by countries such as Saudi Arabia and seeks to pressure the government of Spain to force it to position itself in favor of human rights.

From this moment it can be signed, and it can continue to be done until the objective .

There is no signature limit, the more the better.

The United Nations has found and denounced that more than 25,000 children have been victims of widespread rape, murder, mutilation and recruitment only in 2017. Humanitarian aid has been blocked during armed conflicts. Since 2010 this figure has been tripled reaching the highest number in history.

Schools, hospitals and other civilian infrastructure are being destroyed in explosive weapons attacks. According toSave the Children data only in Yemen one of five schools has been destroyed by the conflict and more than 85,000 children have died of hunger since the conflict escalated.

Meanwhile Spain does not stop exporting arms to Saudi Arabia despite the serious violations of international law that the coalition led by this country is committing in Yemen. According to SIPRI data Spain was the third largest arms exporter to Saudi Arabia in 2015, only behind the United States and Great Britain.