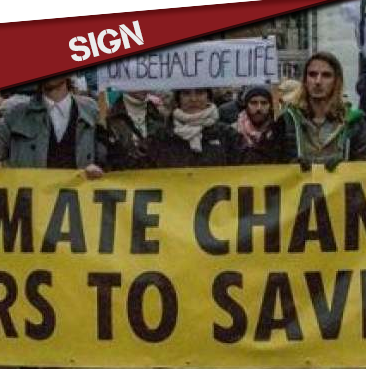 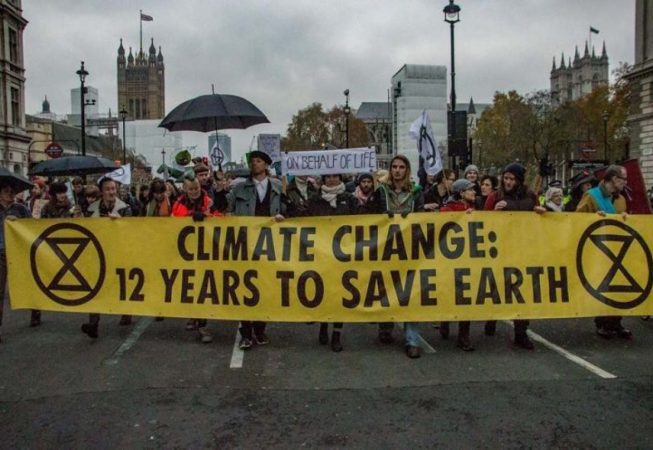 People who, within the Spanish state, join the non-violent international rebellion against the extinction of species and ecological and existential crises. They are part of Extinction Rebellion, a movement that emerged in the United Kingdom, promoted by RiseUp, which is spreading throughout many countries, forming an internationally coordinated network.

Extinction Rebellion seeks a non-violent worldwide rebellion that constrains the political and economic powers to adopt the necessary and urgent measures to prevent the collapse of our civilization and terrestrial and marine ecosystems. In order to achieve it, one must:

This statement falls within the Spanish scope. The Rebellion is global, because it affects us all.

This rebellion begins on April 15, 2019 and lasts indefinitely, until the economic and political powers agree to take the necessary measures to address the climate crisis.

Given that this unprecedented crisis affects each and every person on the planet, and that this rebellion seeks to be inclusive, there is no limit to the number of people who wish to join.

Our governments and economic powers commit a criminal oversight by not addressing with sufficient urgency the economic, ecological crisis that we face; a crisis that, according to the almost unanimous opinion of the international scientific community, can not only lead to the extinction of millions of animal and plant species, but also to that of the human species itself. The pressure for these measures to be finally adopted is very necessary.