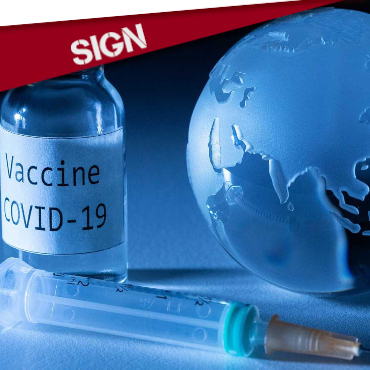 Two campaigns to collect signatures that seek to pressure the government of Spain and the European Commission so that there are no pharmaceutical patents for vaccines so that they are available to everyone.

Doctors Without Borders collects signatures to pressure the Spanish government, while a European citizens’ initiative, No Profit On Pandemic, seeks to do the same with the European Commission. Anyone can sign the petition on an individual level.

Signing via the pages of Doctors Without Borders or No Profit On Pandemic.

The Doctors Without Borders campaign is national in scope and seeks to pressure the government of Spain, although it echoes an international request in more than 100 countries. The No Profit On Pandemic campaign is at the European level.

From now on you can sign. The Doctors Without Borders campaign has no deadline, but the No Profit On Pandemic campaign ends on February 1, 2022.

One million signatures are being sought for the European initiative, and there is no limit to the number of signatures for Doctors Without Borders.

Because health is a universal right, and in times of a pandemic a private company should not have the power to decide who accesses vaccines or at what price. Patents give a company a monopoly on an essential good in order to profit from the welfare of the population. People have already contributed their taxes to research and development of these vaccines. In addition to this, the right to health and safety of the people is above the profit privilege of the huge money-making machines that are the big pharmaceutical companies.